The winner of January’s LA Awesome Grant is the Free to Be Me Drum Circle – the life’s work of badass drummer and community organizer Sabina Sandoval: it’s a non-profit, all volunteer, charity group helping at risk kids, kids in grades K – 12, elders, people with special needs, and prison inmates by providing loving, educational drumming events. We go into convalescent hospitals where the residents can enjoy, and participate in, the music. We stimulate them by lifting their spirits and improving their motor skills. Our 1K Awesome Grant will go toward much needed repairs on her over 400 (!!!) drums, which Sabina carts all around LA hosting her enormous, infectious drum circles that lure participants in to let loose, feel the beat, and find their own rhythm.   Sabina Sandoval is, indeed, awesome. Another thing that’s awesome – this grant pushes The Awesome Foundation over the $400,000 mark in grants given to awesome projects from over 60 chapters around the world!!! 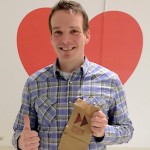 Awesome Foundation – Calgary’s January 2013 $1,000 micro-grant went to Neil Egsgard with “Kensington Interaction,” a space built by Neil to showcase local knowledge and to connect community in the Calgary neighbourhood of Sunnyside. 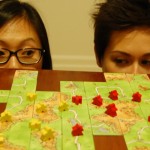 Are you ready to usher in the new year with some Awesome?  Join us at 6:30PM, Thursday, 17 January at the Kingston Yacht Club for our January Pitch Party!  Pitches kick off at 7:00PM, so grab a drink and head upstairs to claim a seat before then.  Spread the word, and make sure you RSVP on the Facebook Event so we know you’re coming!  Everyone is welcome, and the event, as always, is free. Stick around after the event, because we’ll be having Awesome Hours after the $1000 no-strings-attached microgrant is given away.  What are Awesome Hours?  They’re like office hours, but way more fun.  It’s a time for anyone to sit down with trustees, volunteers, past winners, and like-minded people to talk about anything – the Awesome Foundation, a pitch idea you’ve had, getting involved, or just chat about whatever’s on your mind. We’ve also got a special surprise for you during the event, so we’re extra excited this month!  We’re also welcoming guest trustee Bryant Tong for the month and are looking forward to having him participate. Awesome Kingston has been around for over a year in the Limestone City, having held its inaugural pitch party in November 2011.  Since then, we’ve funded some… read more →