The John S. and James L. Knight Foundation has announced a $20,000 grant to support and expand the grant-giving capacity of the Awesome Foundation Miami chapter. For more details, please see the press release or visit the grant page. Since awarding our first grant in January (a meditation program for high school students), we have received hundreds of proposals. Applicants have spanned every geographic area of Greater Miami.  They’ve come from a diverse group of applicants: from students to artists, business professionals to residents of homeless shelters. As a consequence, we’ve been fortunate to fund a range of awesome and uniquely Miami ideas such as surfing classes for kids, a community garden in Little Haiti and a mural display by local artists in Wynwood. We’ve also learned that $1,000 a month, while it provides enough to kick-start many projects, doesn’t go very far when you have so many applicants. Multiple times, instead of awarding a grant, we’ve brainstormed how to connect an applicant with someone who is working on complementary projects or an organization that might fund the idea. We hope to foster more of these connections that might not happen otherwise. Thanks to Knight’s support, we will continue to fund great ideas and build connections across our city through social… read more →

Thrilled recently to be contacted by Robi Esialimba, who is interested in starting up an Awesome Foundation chapter in Nairobi! Him and his co-founder Weldon Kennedy are putting out an open call for trustees, so drop a line to Robi if you’re interested or know someone who might be someone great for them to team up with. Here’s their pitch for the new chapter: Nairobians for an Awesome Nairobi – Join the Awesome Foundation Nairobi Chapter Nairobi is a bustling, happening city, full of verve and a palpable mojo attracting Kenyans from upcountry and foreigners in equal measure to experience its offerings. With its swanky bars and restaurants, artsy events and concerts, hip and yuppie culture, it feels like it has a lot going for it. But Nairobi has a dark side to it too: widespread poverty, spiraling crime, squalid public spaces, dust and pollution and unforgettably the pain in the backside matatus! Some of us look forward longingly to the next election hoping that, maybe just maybe, the next county or national government will get its act together only for those hopes to be brutally dashed – again. Many of us feel jaded and have implicitly or explicitly decided to “accept and… read more →

Want to stay up to date with the Austin Awesome Foundation? Sign up for our monthly newsletter and we’ll keep you in the loop about upcoming events, deadlines, news about our monthly $1000 grant winners, and other awesome stuff.   Subscribe to our newsletter 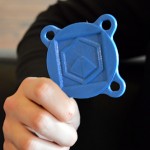