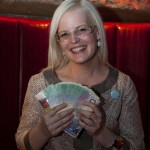 Awesome Foundation – Calgary is pleased to announce that the 15th grant in our chapter’s history went to Ashleigh Ahern and her Buying Local Project.

Here at Awesome Melbourne we are champing at the bit to stand at the edge of awesome and are constantly on the hunt to present you guys with something a little radical. In February we held the Awesome Party where you guys joined use in forwarding $4,317 to the universe with our first mega grant. That set the bar at a height of pretty epic proportions! Until now… The less awesome news: We will be holding off on the June grant, but our sister Awesome Squared will still be granting $1,000 this month. The totally awesome news: We will be giving away $1,000 in July…and the July grant winner will get to speak at TEDxMelbourne about their awesome idea with spreading! You know TEDxMelbourne, right? That massive event where rad people talk, influence and ignite real conversations. And just like us, they don’t ask permission, they just do. This is a crazy awesome platform guys. Not only are we giving you a $1,000 micro-flash of cash to catalyse your project, you will also receive the rare opportunity to share your idea with a massive audience of awesome, diverse and influential people! So let’s break it down: – The winner will… read more →

A Mexican restaurant, a new 10th member, tacos and more tacos. $1,000 to give away. This month we gave our grant to the boys at Free Love magazine, a free monthly mag that features one photographer, one writer, and one designer, plus a CD full of goodness. Each month this magazine costs dollars to print, to which the boys did not have said dollars for edition 3. So we got behind them and sent some dollars their way. Enjoy. You should also almost definitely like them on Facebook, here. 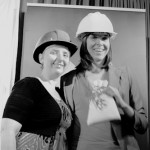 May 2012 marked the beginning of Year Two at Awesome Foundation – Calgary, and we’re pleased to announce that the 14th grant in our chapter’s history went to Kristin Holm and Courtney Hare with Tool Library.