On Wednesday we spent money. On ourselves and on others. We ate pizza at Rita’s on Johnston Street. If you’re ever around and ever hungry, head there. We talked about many things, and finally we talked about All Of The Numbers. Kealey Nutt has a very cute dog. She also has an awesome idea: A Melburnian web based radio station. Think ‘RRR for geeks’ – as Kealey puts it. To sum it up as best as we can, think Broadsheet, Process Journal, and various blogs that discuss our interests, obsessions, and possibly aversions. Now take all that content and discuss it on radio – with comedians, designers, entrepreneurs, storytellers, musicians and more. The $1K will help with the funding of setting up and executing the station.We’re excited to see – and listen to – what’s next. 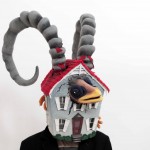 Kingston, you’re all invited to come out to Awesome Hours at 7:00PM on Thursday, 20 September at Coffeeco Market Square! What are Awesome Hours, you ask? They’re like office hours, kicked up a notch – it’s a time when anyone can come out to sit down with Awesome Kingston trustees, potential pitchers, and creative minds to idea jam and chat awesomeness. Whether you have an awesome project already lined up for submission, or you just want to connect and network with others who do, or you’re just really curious about this whole Awesome Foundation thing, we encourage you to come out! We’ll be sitting down at the community table at Coffeeco’s Market Square location to stir up a whirlwind of brilliance. We’re coming off our summer break and the gears are in motion for an exciting October pitch party. This is the time to get excited and energized – start working on those flashes of brilliance you’ve been having and turn them into pitches that could win $1,000 to make the Limestone City more awesome! Awesome Hours are just the place to do that. If you’re interested in getting involved and volunteering with Awesome Kingston, or looking to become a… read more →