Close your eyes. Now, imagine the most intense and exciting performance extravaganza you could possibly conjure up in your most creative of states. Seriously, just picture it: a building filled with rooms bursting with the energy of some of the most talented and crafty folks living in our fair and filthy Baltimore City. Now, imagine that we, here at Awesome Baltimore, threw it $1,000 for its sheer awesomeness and breadth of vision. Well, lucky for you, that is exactly what happened! Ladies and gents of Charm City: we give you Rooms Fall Apart: A Serious Play, our second grant recipient! 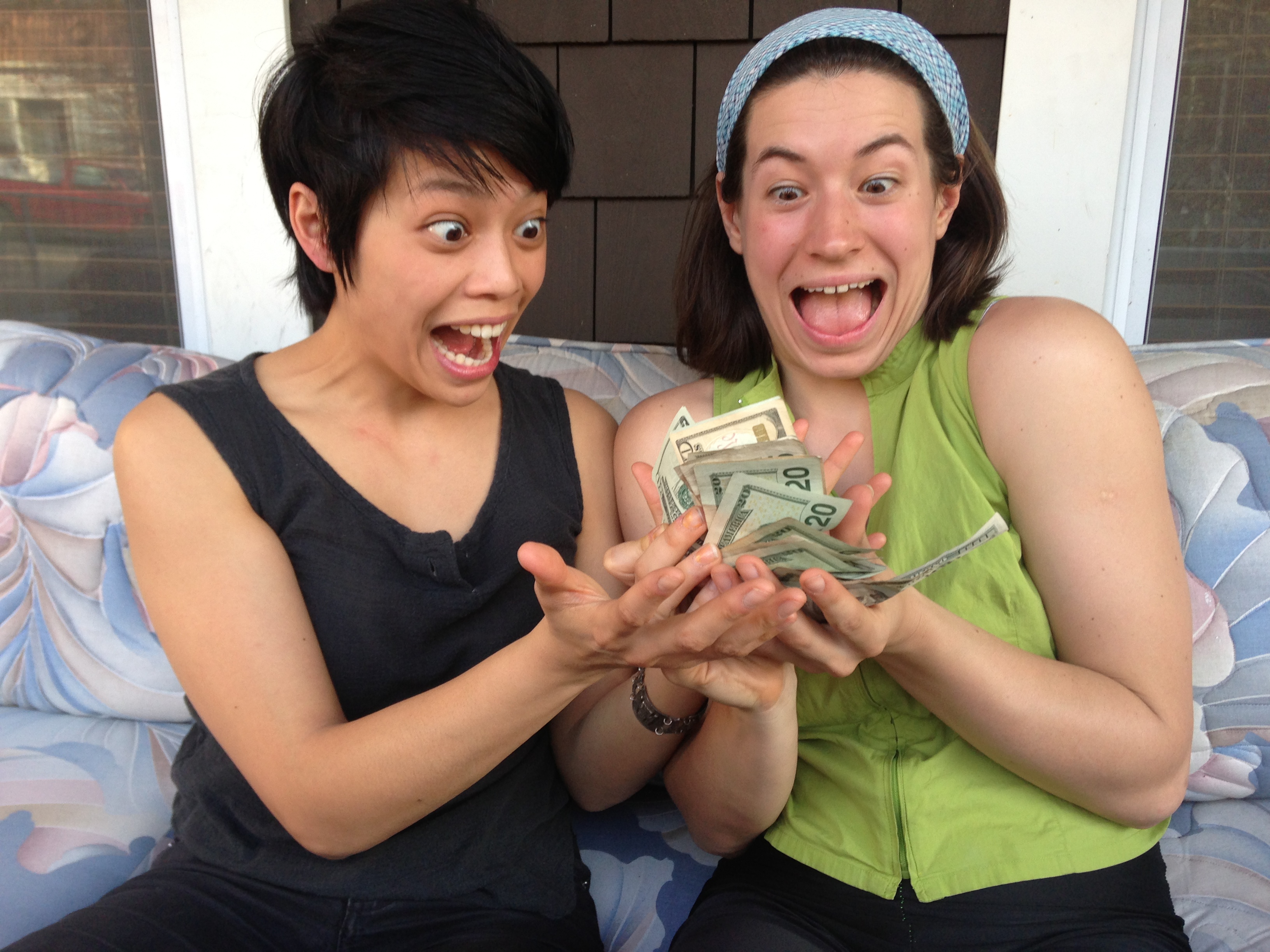 Awesome Baltimore: How did the idea of Rooms Fall Apart originated? When did you decide that you needed to make it a reality?
Rooms Fall Apart: Rooms Fall Apart is a project that was born out of a performance thesis and the resulting model that was produced by the Copycat Theatre in 2010. In the fall of 2012, we put our heads together and conceived of the Rooms Fall Apart performance project. It began with a series of conversations about microaggressions, love, hate, and fear. We visualized how to express the range of human emotions that can and cannot be expressed in our verbal language. In the beginning of 2013, when we were looking for spaces to create this first iteration of Rooms Fall Apart, we contacted the good folks of Transmodern and were offered the amazing gift of using Maryland Art Place on 218 West Saratoga Street as a space to create this performance. We could not turn this opportunity down and reached out to performers, installers, and other amazing artist collaborators.

AB: Can you tell us a little about how Rooms Fall Apart works and who the beneficiaries of your project are?
RFA: Rooms Fall Apart is organized by five people: Pilar Diaz, Person Ablach, Sophia Mak, Victor Torres, and Ada Pinkston. Right now we call ourselves Socially Engaged Arts and Performance Project (SEAPP). There are around 50 artists who are a part of this project. That said, all fifty of these people are also beneficiaries of the project. Their names are listed below.*

Rooms Fall Apart is an immersive performance project that seeks to deal with the colonialism of our minds and how the expression of certain emotions are controlled, silenced or made invisible. The audience will embark on an emotional journey by moving through 22 installations. In each installation, the audience will be implicated in a performative situation as characters. We utilize theatrical and non-theatrical performance techniques, immersive installation, live music, active listening and dance. All of these elements mixed together create an artistic gumbo that is a transdisciplinary artistic experience.

AB: How does someone go about getting involved with Rooms? Do you need volunteers between now and opening night?
RFA: Yes, we do need volunteers between now and opening night. The truth is: this project exists because of the massive force of people who volunteer their time and skills. The model of this project by design can accept volunteers at any capacity for all the nights of the performance. If someone wants to get involved, they can email roomsplay@gmail.com and tell us what their interest is. We offer free admission for one night to all volunteers. For more information on the project, please go toroomsfallapart.tumblr.com

AB: If you could see any musician/band, living or dead, live in concert who would it be?
RFA: Good Question! There are 5 organizers in SEAPP. That said, there are  5 answers to this question: Nina Simone, Violeta Parra, John Lennon, Nirvana, and Jimi Hendrix.