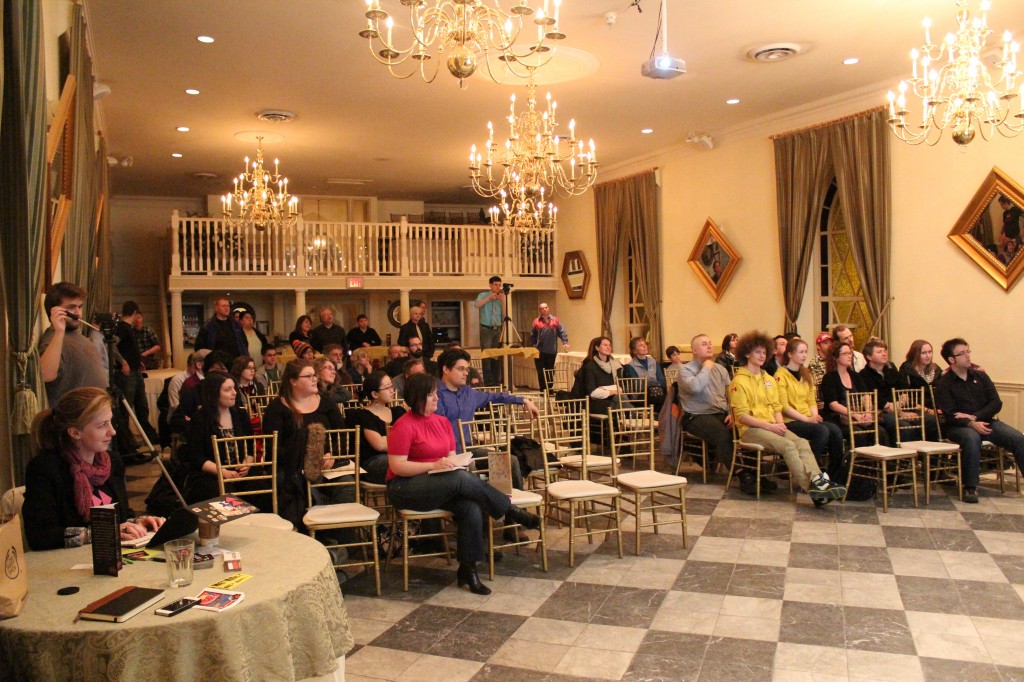 On Thursday, 21 Feb, Awesome Kingston gathered at the Renaissance Event Venue on Queen St. to hold its monthly pitch party!  The Renaissance is a beautiful venue which was graciously opened to us at no cost, so we can’t thank Paul and Denis enough for their generosity.  There, to a captive and packed audience, four projects made their pitch to the community for their chance to win the $1,000 no-strings-attached microgrant.  They were:
– The Forgotten Nightmare by Chris and Cathy Radford: a text-based adventure game app available for mobile devices!  It’s a fully open and interactive, not multiple-choice, with a map based on southwestern Ontario.  It’s free on App Stores!
– Katarokwi Native Friendship Centre by Curtis White: they were left in the lurch by crooked contractors and need to raise some serious funds!  The Friendship Centre’s been around for 20 years and may need to close – they offer holistic teaching encompassing physical, mental, emotional, and spiritual health for all comers.
– WAFFLES Community Robotics by Kayley Bibic and Matt McGlashan: these engineering high school students want to take their robot to an international competition!  It’s a community-based team open to youth, as opposed to school-based teams, and they do so much more than just robot-building: business plans, public speaking, mentoring junior teams.
– Take a Seat, Make a Friend by Sarah Witiuk: a mobile ball pit for adults to sit and make connections with strangers!  There would be conversation starters in the ball pit, and some of the conversations would be filmed by QueensTV.
We also had a great presentation from Hey Kids! who came out and performed for us – they’ve just put out a new album with rap for kids, and even the adults in the audience loved it!
At the end of the night, the $1,000 in a paper bag was awarded to… WAFFLES Community Robotics!  Congratulations! 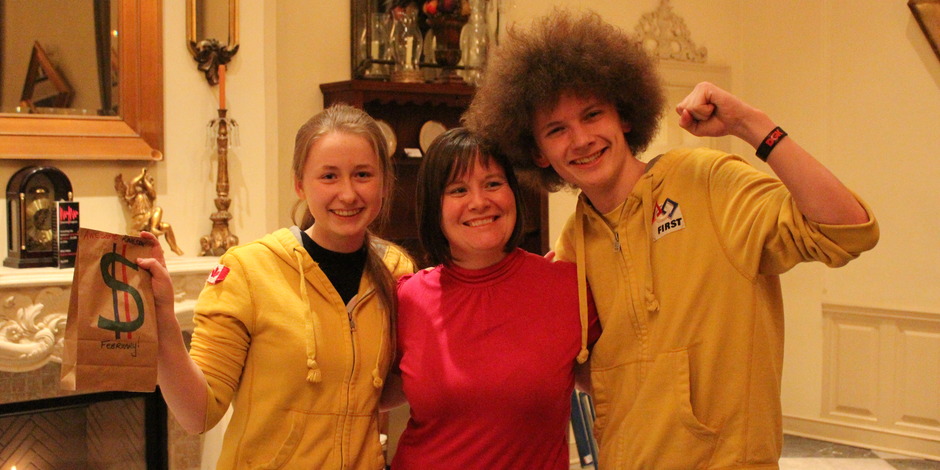 Check out the Storify for the “realtime” run-down of how the night unfolded.

Join Us Next Time!

Awesome Foundation – Kingston holds a monthly pitch party and Awesome Hours every third Thursday of the month!  Our next event will be on Thursday, 21 March 2013 at a location to be announced.  Usually, doors open at 6:30PM and the pitches begin at 7:00PM to give people to settle in, grab a drink, and mingle.  Start marking your calendars now!

If you have an awesome idea, or know someone who does, the deadline to apply for consideration for the next pitch party is 11:59PM, Sunday 10 March!  Remember to read the Submission Guidelines if you’ve got any lingering doubts about what qualifies for a microgrant from Awesome Kingston.