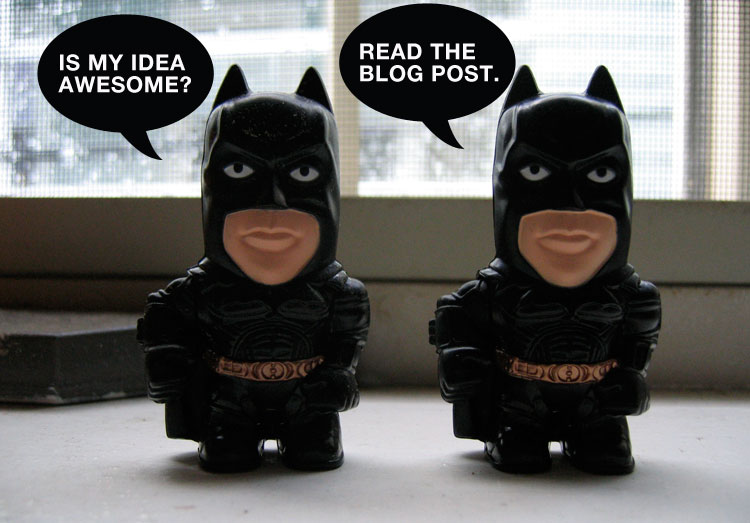 The SF micro-trustees recently discussed what it means to be Awesome, and the types of projects we want to fund. We have received some truly AWESOME project proposals so far. We realize, however it would be helpful to articulate some guidelines to help future applicants write the best proposal possible. It’s difficult to reach an easy opinion on what awesomeness means, and we didn’t agree on everything—which is probably a good thing. But we did come up with the following suggestions:

None of these are hard and fast rules, but are work in process guidelines. We hope to find exceptions to everything, and if you or your project really is Just That Awesome, we’ll probably fund it!   Tell us at right at the beginning of your proposal what your project is, why it is awesome, what you plan to do with the cash.

And good luck! We want to hear from you!

— Kevin Adler, Rachel McConnell, Jesse Taggert and the rest of the Awesome Foundation San Francisco Board.