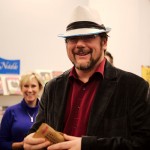 Awesome Foundation – Calgary’s final $1,000 micro-grant before the Mayan Apocalypse went to Shannon Hoover and “MakeFashion,” a collaboration of great minds who want to demonstrate that the convergence of Technology and Art can result in a form, fashion and community brand new to Calgary.

After more than a year of stewing, and then more than a year pretending we were close to launching, AF Winnipeg is proud to finally announce its first call for submissions. The deadline is Thursday the 22nd, and the grant will be awarded on Thursday the 29th. Winnipeg, Manitoba is a city where many people can find ways to live cheaply, and so it’s become a cultural centre for Canada. That cheapness brings other difficulties with it, though; it was very difficult to find people, outside of rich (and too-busy) businessmen, who could spare $100 every month. At AF Winnipeg, there are two main things we did to keep costs down: We created a pool of ‘nano-trustees’, who give $100 every two or three months. We need a larger number of them, but we can rotate through the pool to fill any extra seats each month. They don’t get those sort-of-perks the micro-trustees get, like having a seat named after them, but this opens us up to allow people to become part of this process a single time if they wanted. We allow a groups of individuals from an organization to create a micro-trustee seat. The face might change from… read more →

Mark your calendars: on Thursday, 15 November, is Awesome Kingston’s One-Year-Anniversary Public Pitch Party night!  We’re starting off at 6:30PM in the St. Lawrence Ballroom Salon B of the Residence Inn Marriott at 7 Earl St.  Please RSVP here right away – and invite your friends and family!   Awesome Kingston has been around for a full year in the Limestone City, having held its inaugural pitch party in November 2011.  Since then, we’ve funded some great projects geared toward making Kingston even more awesome – and we’re really excited about the line-up of pitches for this month.  By the end of the night, we will have given away $10,000 in no-strings-attached microgrants to these local projects.  Everyone’s invited to attend, listen, participate, and enjoy! This will also be our last pitch party for 2012, since we do not hold one in December (although we will have Awesome Hours), but start marking every third Thursday in your calendars for 2013, since we’ll be continuing full throttle in January!  You’re not going to want to miss this night of fun, innovation, inspiration, and engagement. Remember to follow us on Twitter and Like our Facebook Page to stay in touch; if you’re not the social media addict type, just subscribe… read more → 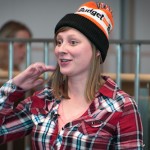 Awesome Foundation – Calgary goes retro, lumberjack style, as we’re pleased to announce that Karilynn Thompson is our $1,000 micro-grant recipient for the month of October with “The 2nd Annual Log Driver’s Waltz: A Plaid Party!”