Last night Awesome Squared headed to Kanapai, a wonderfully dirty Japanese den in South Yarra. We were out for two reasons:

1. Have a sake bomb: Asahi, chop sticks and Sake. We’re not sure how much of the contents made it to our mouths, as opposed to the table, floor or Erika’s jeans.

2. It was our second grant giveaway.

After mountains of sushi, not enough fried chicken, and much debate, we came to a decision as to who we would swing 1K across to.

httpmote. Mitch Denny is a dad, a husband, and also a dabbler in many visual & tech things. According to his application he thinks of 100 new ideas a week. This one in particular took our fancy:

Mitch hates remote controls. Funnily enough, so do we.

Mitch wants to build a system where he can use his iPhone to buzz open his garage door.

He also wants to share that buzzer with his friends and family, and even when he gets Jim’s Mowing to mow his lawn.

This would work by ‘sharing’ the remote via a text or URL, with a time limit so that when ‘Jim’ comes to mow his lawn, he can buzz open the garage door between 9am and 2pm and have access to the yard.

This seemed like it would make our life easier. So we threw some money at it. 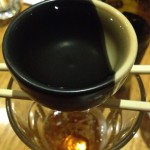 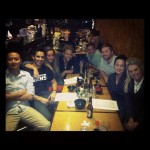 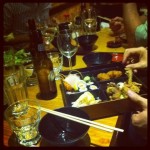